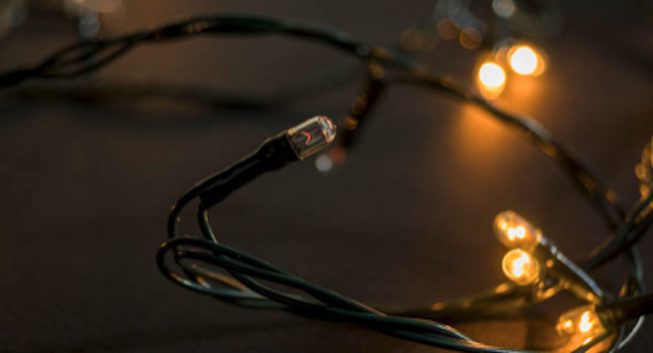 As the dog and I returned from an abbreviated New Year’s Eve walk, ( for reasons I’ll get to in a minute ) that’s what I found myself thinking this evening. A couple strands of the Christmas lights on our porch burned out a couple weeks ago and frankly, I didn’t give a damn enough to try and fix them. We tried.

Man if ever there was an illustration for 2021, particularly the holiday season, those lights would be labeled “Illustration A”.

This time last year we were coming out of a collective Hell, or so we thought. And damnit we were going to have some well deserved joy in our lives. So we threw ourselves into the holidays head first. People were stringing up Christmas lights and decorating their houses sooner than ever. Even Nature got in on the act when, a couple days before Christmas she dumped a couple feet of snow to give us a white Christmas worthy of Bing and Co. Sure many of us still celebrated differently, but after the year we’d had, even different was good. I said last year, and I still believe it: It may not have been the holidays we wanted, but it was what we needed.

This year however, man, I don’t know… Thanksgiving seemed fine, but from there things changed, at least for me. The following day we hung the outdoor lights and decoration as usual but the weather was bitter and brutal, and the whole thing felt like something to get through. Then as the weeks progressed everything turned to mud, plans got canceled, and so on.

And all through it, at least in recent weeks, those friggin’ lights… a perfect metaphor for 2021 if ever there was one.

I wasn’t completely miserable, don’t get me wrong. We got Winter break, the kids came home from college, we had some laughs. But for me there was a sense of Yuletide “meh” that lingered throughout.

“It is what it is,” I figured. A mental health counselor I know ( she’s a dear friend, although I probably should be a client as well ) would probably say it’s okay to feel the way I feel. At least that’s what I told myself, and decided to move on and find a way to enjoy the time off between Christmas as New Year.

This is an interactive post, by the way. You’ll need to click the button below to continue:

That was the sound I heard Tuesday when, after waking up with a scratchy throat, I took a home Covid test. The pink line was faint, but like a home pregnancy test, there’s no half-way. You are or you aren’t, and I was positive. Later confirmed by official testing.

I’ll spare you the complaints about my symptoms. I’ve felt like shit, but I’m upright and breathing on my own, albeit with a bit more effort depending on my activity level. Any and all plans of going on a day trip to browse through some junk at an antique mall, hitting Market St. for the olive oil I like to cook with, stopping to see a buddy at his store… sayonara to all that.

Okay then. Well, we have a bunch of goodies I’d bought in advance. We’ll snack on those and then go to bed three hours ahead of the ball drop like usual, right?

Go back and click that button up there again.

Well, we have the snacks, but I can’t really taste them. As I was preparing the snacks earlier this evening, I munched on a piece of pepperoni.

Like Violet Beauregarde I tried to convince myself that, hey, I can taste the spicy goodness of the pepper, the paprika, the… whatever the hell else is in pepperoni.

But the truth is, it was more like a mouthful of lumpy grease followed by a slight burn in my throat.

And the cheese? Forget it, couldn’t taste a thing.I gave the rest of it to the dog. And if it gives him gas, hell, I won’t be able to smell it. “Silver lining” and all that. (I’m trying folks.)

It aint always easy, but like so many I’m trying to keep on keeping on in these crazy times. But I’m not gonna feel any sense of sadness when those P.O.S. lights come down in the coming days. Some will make it to the attic, and the others the garbage. We’ll carry on and hope for things to improve as the new year begins