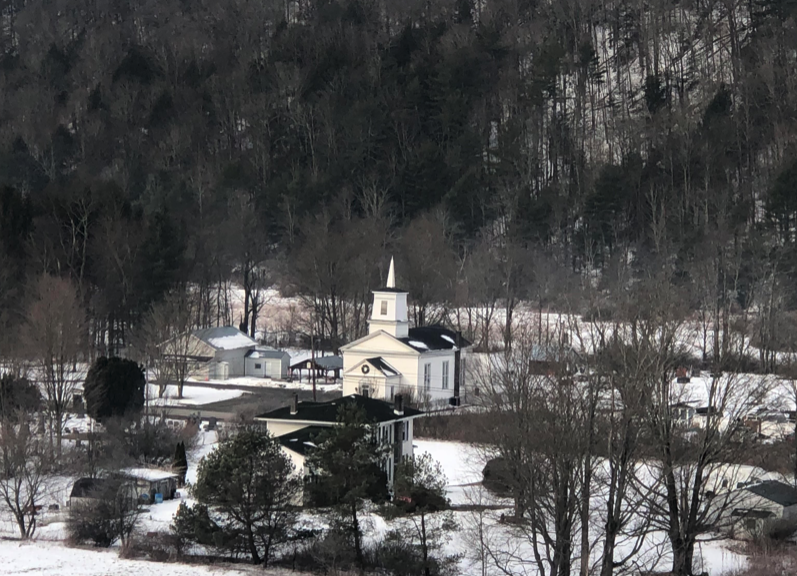 As we count down the days until the release of In Times Of Trouble: Aftermath, I thought perhaps one or two of you might be interested in what I picture when I write the setting of the story.

When I began writing this story and the characters within, I did so with a pretty clear vision of who they are and what they look like in mind. However, I decided to leave things a little more vague when it came to conveying that to the reader. My thought was that they would become more “real” if I let you get a picture of who they are in your mind. I can’t say for sure if this worked as intended, although I have to believe it did to some extent, based on conversations I’ve had with people. Hearing how some readers have identified with or described my characters to me has been wonderfully fascinating.

When it came to the story’s setting, that was a different matter.

Tolkien, George R.R. Martin, Roger Zelazny…. all of them and more have managed to create entire worlds from their imagination. I, on the other hand, didn’t want to invest the time and energy into coming up with names I’d have to keep straight in my head. So I built a world around my hometown of Baldwin, or more specifically, the hamlet of North Chemung. After all, the very premise that started this whole story is me reading WAY too many post-apocalyptic books and thinking, “What if that happened here?”

However not everyone would know how to pronounce the latter half of “North Chemung.” So I went with that the original name for our town, “Hammond’s Corners.” Thus, the idea to use historical names for surrounding areas took hold.

From there, I took some creative liberties with the layout of the community. For example, the distance between “Hammond’s Corners” and “Newtown” ( the historical name for Elmira ) is actually only 6-7 miles. However for the sake of a good story, I spread them out a little more. Additionally, I spread the actual layout of “Hammond’s Corners” a little more as well, but not by a whole lot.

But you’re not here for a history lesson, you want to see what “Hammond’s Corners” looks like, right?

As once was the case in real life, the fictional Hammond’s Corners is a relatively isolated community in a valley in the hills up Upstate New York. The old timers referred to it as “The Icebox Of Chemung County” due to the historically colder winter temperatures. A cold “official” reading at the county airport is nothing compared to what the mercury reads here sometimes.

When Jen, Jim, and Billy are on their way from Newtown to Hammond’s Corners, they stop to camp overnight:

“The spot Jim had in mind sat off the road about thirty yards up a small hill where a stand of pines offered some cover. The grassy, open area between the road and the tree line allowed a good view up and down the road.”

As you can see, in the picture or driving by, I took some liberties with the above description. Not a whole lot though. It is located about halfway between the two locations, but the overall distance is much less than what I wrote it to be.

When I was writing In Times Of Trouble, this location stood out to me as a strategic spot for a couple different ideas. I ended up using it for an overnight stop, partly because it’s where I’d probably stop under the same circumstances. I also think something about this setting helped bring Jim and Jen together somehow.

A lot of both books take place in or around the church in some way. This is not a coincidence. A lot of people turn towards religion during times of crisis. It’s also the natural source of physical comfort as well as spiritual.

In the old days, the church in our town also served as the social focal point for many. Whether it be a pot-luck dinner, events for kids, Boy Scout meetings, etc., the church plays a pivotal role in the community. It also stands out among the rest of the community when viewed from afar, which you can see not only on my book covers, but in real life as well:

Also, it’s gorgeous when viewed from the outside on a snowy Christmas Eve.

While I was hesitant to admit using a private home as a scene setting, I can’t help but do so for “The Johnson Farm.” It’s a location used in both books and I’ve always loved the way the house sets so far off the road.

I still used some creative license when describing it. The fictional barn is a large, two story building located closer to the house and there is no garage. There’s also more trees near the house.

Speaking of trees, that one you see in the center there is where Davey’s grave is located.

So that’s it for now, just a few pics to give you an idea of what “Hammond’s Corners” looks like. I hope you enjoyed this little virtual tour. Oh, and by the way:

In Times of Trouble: Aftermath will be released May 21st, sooner than scheduled, and is now available for pre-order at Amazon.com