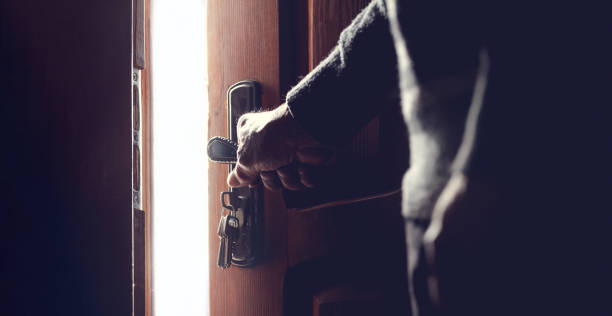 When I originally wrote this, ( back in 2008 or 2009 judging by the order it appeared in my files ) I’d never tried my hand at writing fiction.

I know this because I prefaced it with, “I’ve never tried my hand at writing fiction until now…” My notes also indicate that this was weighing on my mind for some reason like it “wanted to be written”. Looking back, it’s funny to read what I wrote about doing something different, and being nervous about showing it to the world. Or, all six people who actually read it.

To be honest, I’m still a little uncomfortable sharing it, but I’m kinda used to that feeling these days.

It’s also definitely the first time I’d ever written dialogue between characters, as evidenced by the really lousy punctuation in the file version. Like a lot of what you’re reading here, I’ve polished it up.

“It’s time, are you ready to go? They’re waiting for you.”

I stood watching the old man as he lay in bed, fast asleep. His rhythmic breathing was  the only sound in the room, aside from the ticking clock on the dresser. Light from the night’s full moon shone through the window, accentuating his pallor. His face twitched, and his eyes rolled beneath closed lids, this eyes that had seen so much. Happiness and pain, joy and heartbreak, things many would never see, and they should be grateful for that.

He looked a lot like my own father and watching him, seeing him for the last time, it gave me pause to think about my own family, those gone all these years. My mind was flooded with memories of them all, the days in the field hunting, the dinners where we all gathered in my grandparents’ house, too small to fit everyone, yet somehow we did it. There was always enough room, and always room for one more if they were hungry.

“Yeah kid, keep your pants on.”

The old man’s breathing had become more erratic and shallow. My own breathing sped up, my pulse quickened and a strange sensation came over me as I watched from the doorway. I knew what was happening, and yet somehow it still surprised me. I didn’t think it would be like this. But then I suppose we never know, do we?

The old man took a long, hitched breath in, then slowly exhaled for the last time. I heaved a sigh, then turned from the door.

There in front of me stood the kid. I saw he was smiling and holding another door open for me. A light shined just beyond, and I could hear people talking.

I stepped over the threshold and was met with the smell of food. Turkey, potatoes, corn, and biscuits in the oven. There was the scent of onions, and it reminded me of something, something I hadn’t smelled or eaten in years.

From behind the refrigerator door came a voice I’d not heard in years, and my heart leapt from my chest at the sound, at the realization of where I was.

“Took you long enough, we were beginning to wonder if you were gonna come. Your dad and grandpa, they’re down the road hunting, but should be back soon. Since we were expecting you, Grandma made extra coleslaw. You always did love it. I hope you’re hungry.”